For a free consultation canadalegalfirm@gmail.com 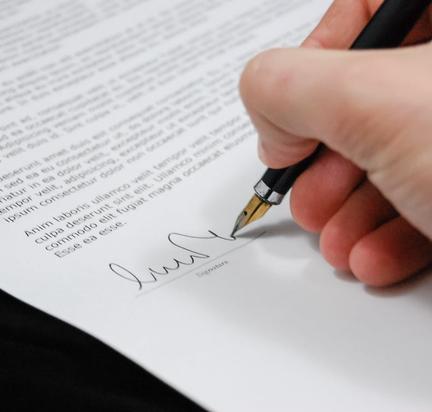 ​​United States immigration law prohibits that individuals come into the US under certain circumstances.   However, the US law also provides that these “inadmissible” individuals can be granted a visa if specific requirements related to their ground of inadmissibility are met.  For many of these grounds of inadmissibility, an individual has the opportunity to request a waiver when his or her visa application is denied.

The Immigration and Nationality Act (INA) section 212 enumerates the various grounds under which an individual can be found inadmissible.  Moreover, some of these basis of inadmissibility authorize a specific type of waiver or may require a general waiver.

Under United States immigration law, a visa applicant may be found inadmissible based on his or her previous criminal actions or convictions.  In these circumstances, the relief available may be limited.
​

Drug Related Offenses
An individual may be found inadmissible if he or she has been convicted of or admits committing a violation of (or conspiracy or attempt to violate) any law or regulation of a State, the United States, or a foreign country relating to a controlled substance.  Any drug conviction or admission of the essential elements of a controlled substance offense will render an individual inadmissible.
Furthermore, an individual will be inadmissible if there is reason for a consular officer or the Attorney General knows or has reason to believe that the individual is or has been a drug trafficker or is the spouse, son or daughter of a drug trafficker and has obtained any financial or other benefit from the drug trafficker’s illegal activities.

​​A waiver is not available to the following individuals:

There are 3 different waiver options under section 212(h) of the Immigration and Nationality Act.  These waivers are applicable only to individuals who are applying for immigrant visas (or adjustment of status).

1.  The first option is available only to those who either is inadmissible based on activities related to prostitution and commercialized vice or the activities for which the applicant is inadmissible occurred more than 15 years before the date of the visa application.  In such a case, the waiver must also show that the applicant’s admission to the United States would not be contrary to the national welfare, safety or security and that the applicant has been rehabilitated.  (“Rehabilitation Waiver”)

3.  The visa applicant is a VAWA self-petitioner.

The Immigration and Nationality Act provides in section 212(h), that at the discretion of the United States Citizenship and Immigration Services, a waiver may be granted to those found to be inadmissible due to:

Requirements for a Waiver

An individual is inadmissible if he or she has been convicted of 2 or more offenses for which the aggregate sentences to confinement were 5 years or more.  The convictions need not be from two separate events; they may arise from a single trial or from a single scheme of misconduct.  This ground of inadmissibility applies whether or not the offenses involve moral turpitude.

Miscellaneous Crimes
There are several other types of criminal conduct that could result in a finding of inadmissibility.  These include prostitution and commercialized vice, certain individuals who were involved in serious criminal activity who have asserted immunity from prosecution, human trafficking, money laundering, and participation in sever violations of religious freedom by foreign government officials. ​​